Reception of Antiquity in a Semantic Network: Digital Books, Images and Objects

The aim of the project financed by the Deutschen Forschungsgemeinschaft (DFG) is the reconstruction and online publication of those prints, which appeared between 1500 and 1900 as a result of the debates on the excavations and findings of antique cultures in the Mediterranean. The project partners have excellent and complementary collections, which not only reflect an essential part of the reception of Antiquity of this epoch but furthermore document the history of Archaeology and Egyptology as such. The work began in September 2009. 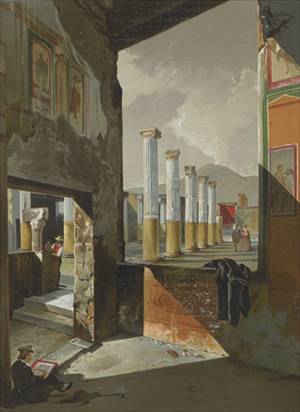 The forms of semantic networks are to be approached in separate subprojects: the direct contextualisation of objects from Philipp von Stosch's gem collection, the collation of semantic documentation standards and their mapping on the CIDOC/CRM.

The result of the project is to be presented within Propylaeum as a thematic portal, in which all titles are to be brought together and contextualized. The points of intersection from output systems with METS will be used for a comfortable search option of metadata.

There also the titles may be found by the search option, which have been digitized before the beginning of the project by the project partners, therefore already now there are more than 3500 titles at the thematic portal represented.

The expected outcome of the entire project regarding the former depositories, the collection’s history as well as the history of archaeological publications up until the end of the 19th century will provide numerous insights into the changes of the reception of Antiquity in the baroque period, the Enlightenment and Classicism.

Reception of Antiquity in a Semantic Network: Digital Books, Images and Objects